My book reading goals for 2016 are the same as they were last year: 1. Read more. 2. Write down all books read.

Here are my book stats for this year so far (here's the link to all of last year's stats as a comparison):

** The two non fiction books were both adult books about children's books.

*** There were two books I didn't finish that aren't in the totals above (not the right books for me right now, though I probably would have enjoyed them at a different time), and one book I wish I hadn't read (even though I liked parts of the book and was engaged in the story, there were many things I didn't like that took me out of the story - those made me wish I hadn't read the book - I did finish it to see what happened though).

Note: Some of these were new reads and some were re-reads, but each book is only counted once (each year), even if I re-read over and over. I usually don't re-read novels, but I do re-read picture books.

ARE WE THERE, YETI? by Ashlyn Anstee

- Long car rides almost always come with cries of, "Are we there yet?" This book has a slight twist in that it's a bus full of children with a school bus driver named Yeti (who is, of course, a yeti). Along the way to there destination, the kids cry out, "Are we there, Yeti?" Eventually they arrive at their unexpected destination. The kids are happy to finally be there, but are not sure they want to be there at first. A fun story with neat art and a diverse cast of kids. Sure to be a hit on the next road trip, or while staying at home too. 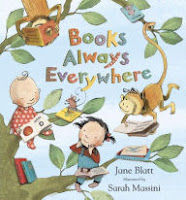 -  What's better than a book about books? This book about books has fun suggestions about what books can be in the text and in the clever illustrations. A diverse cats of children and animal friends celebrate all the things a book can be. 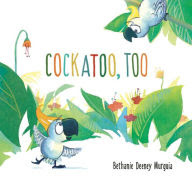 COCKATOO, TOO by Bethanie Deeney Murguia

-  Some picture books just beg to be read aloud, and this is one of them. Fun and feathery word play combined with colorful illustrations make for a book that kids (and adults) will enjoy reading. Warning: reading this book might lead to dancing and silliness. 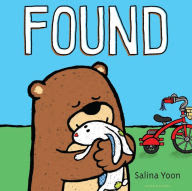 - For everyone who has ever had a plush toy friend who was real, this is the book for you. When Bear finds a toy rabbit in the forest, he knew that the rabbit was a special friend that someone had lost. Bear sets off on a search for the lost owner with his new rabbit friend. A heartwarming story with wonderful illustrations that will have children going back several times to capture all the details. 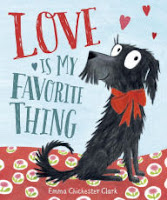 LOVE IS MY FAVORITE THING by Emma Chichester Clark

- Plum the dog has lots of favorite things, but her favorite is love. Plum tries so very hard to be good and to do what her humans tell her, but she can't help that she's a dog and sometimes loves to do things that humans don't want her to do. Will Plum's humans still love her when she lets her doggie nature take over? This book is for dog lovers of all ages (and pet lovers of all kinds, cats, birds, rabbits, etc.). 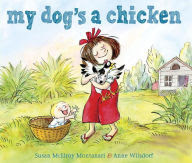 MY DOG'S A CHICKEN written by Susan McElroy Montanari, illustrated by Anne Wilsdorf

-  What do you do if you're a resourceful kid whose parents say no to getting a puppy? If you're Lula Mae, and your family has a yard full of chickens, you'll pick a chicken to be your puppy (whether the chicken wants to be a puppy, or not). This is a funny story about pets and accepting that things might not be exactly what you want, but maybe, just maybe a chicken makes a better dog than a real dog (whether your parents want you to have a pet chicken, or not). 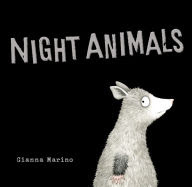 - Just like some kids are scared of the dark and things that go bump in the night, some animals are scared of night animals who roam around in the dark outside. This story is an interesting and amusing take on being scared of creatures in the dark, and on finding friends who will watch your back so that nobody can get you. Fun twist at the end that some kids might see coming, and others, just like the animals in the story, will not. 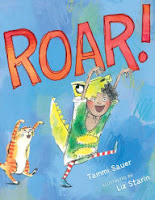 
- This story about friendship and what really matters unfolds as a conversation between a boy who thinks he's a dragon and two dragons who think he's not, and also a cat named Stanley. The amusing text is sure to have everyone pretending they are dragons, and the energetic illustrations will have them looking closely to get tips on how to act like a dragon. 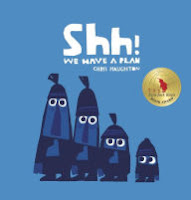 SHH! WE HAVE A PLAN by Chris Haughton

- Shh! The characters in this book have a plan! They have a plan to capture a bird. Unfortunately, the littlest one keeps foiling their plans. Every time they are about to capture the bird, it gets away. After a few twists and turns, there's a new plan. Shh! The story is neat and the illustrations are stunning. The art graphically captures the plan and showcases the birds in stark color contrast to the robbers. 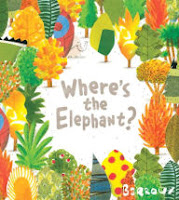 WHERE'S THE ELEPHANT? by Barroux

- If you love seek and find books, be sure to check this one out! There are three animals to find (an elephant, a bird, and a snake). In the beginning, it's hard to find them among the trees. As their habitat shrinks and buildings appear, it becomes easier and easier to find the animals. A wonderful way to look and habitat and how humans and animals co-exist together (or not). Great twist at the end, where the illustration suggests that it will soon be hard to find the three animals again.


What have you been reading lately? Any recommendations? Any favorite picture books this year?

p.s. If you want to see my book stats and favorites for April, May, and June this year, Click Here.